I watched a movie on Netflix on Friday called “Kodachrome” in which an elderly and terminally ill famous photographer travels across America to the last photo lab on earth to process Kodachrome slide film before it goes out of production to get 4 rolls of film developed.

In the movie, the main character is asked why he still uses film and not digital and he replies “There are more photographs taken now then ever before but how many will still exist next year or even next week. They are just Digital Dust lost on somebody’s phone or hard drive, How many are truly memorable?”

We don’t even print them out anymore! We just keep them on our phone till the next upgrade or post them on social media and then they are gone forever.

I was reminded of this when my father passed away a few weeks ago. When we were clearing out his things we came across the inevitable box of family photos, some of them going back 80 years and it was amazing for my children to be looking at black and white photos of their grandparents as children and It made me realise that my future grandchildren won’t be able to do that because all our family photos are on an unreadable or broken hard drive or will have been thrown away on an upgraded mobile phone.

And then we talk about quality of film photos. Yes, digital photos are just as sharp as film and the colours are just as good but there is something different, something missing. Film prints seem to have more character or soul.

I feel we have been mislead in moving to digital, in much the same way as we were mislead in the 1980s when vinyl disappeared almost overnight and replaced by CDs and later by ipods and Spotify and we were mislead into thinking that the sound quality of digital music was much better than Vinyl. But now when I listen to records on my turntable, this is not the case – Far from it! And I was reminded of this again yesterday at a local Makers Market where a coffee stall also sold Vinyl records surrounded by people flicking through the albums like in the seventies, another culture killed off by the digital age! 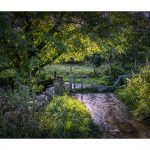 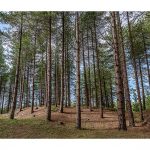 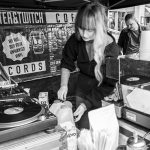 I am Graeme Fielden, an Amateur Photographer and Yoga Fanatic from Wardle, Lancashire.